If you’re scared of being in deep water or just tired of taking lessons that get you nowhere then you’ve come to the right place. The truth is, most swimming pools don’t want you to succeed. They are a business first, teacher second. Their goal is to make as much money as possible off potential customers like you, which is why they charge so little and yet, make you enrol again and again and again.

If this story sounds familiar you’re not the only one. It’s the slow knife that gets many new swimmers. Days turn into weeks, weeks turn into months, months turn into years until finally one day you realize like I did, that you’ve been duped all along. It should NOT take years for you to learn how to swim. It shouldn’t be this difficult or frustrating to the point where you’re failing to learn it again and again. In fact, with the right game plan, consistent practice and enough determination, anyone can swim within a couple of months at MOST.

How do I know all of this you say? It’s because I’ve witnessed this with my very own eyes. After years and years of learning to swim and later teaching students of my own that I realized how bloated and ineffective lessons at your local pool really were. Too many students, not enough individual attention, generic drills and pointless exercises that lead nowhere. Not only that, I later realized a lot of swim teachers hired by pools were not even qualified enough to teach. To become a good teacher requires years and years of experience at getting results, something a lot of young, naive, still in college, swim instructors severely lack.

After years of swimming and teaching at local pools I finally saw the truth and knew that if we were only taught the important stuff, the stuff that REALLY mattered when it came to swimming and discarded what was useless, most people could swim within a fraction of the time. So one day I quit the business and ended up teaching students on my own as a swim coach using my own techniques. This was the period in my life when I really unlocked a lot of secrets.. stuff that pools DON’T WANT YOU TO KNOW.. stuff that will save you a lot of time, money and stress learning this sport.

Fast forward to today and thousands of successful students later I can say without a doubt that this program: 7 Day Swim is made to get YOU results in the water FAST! 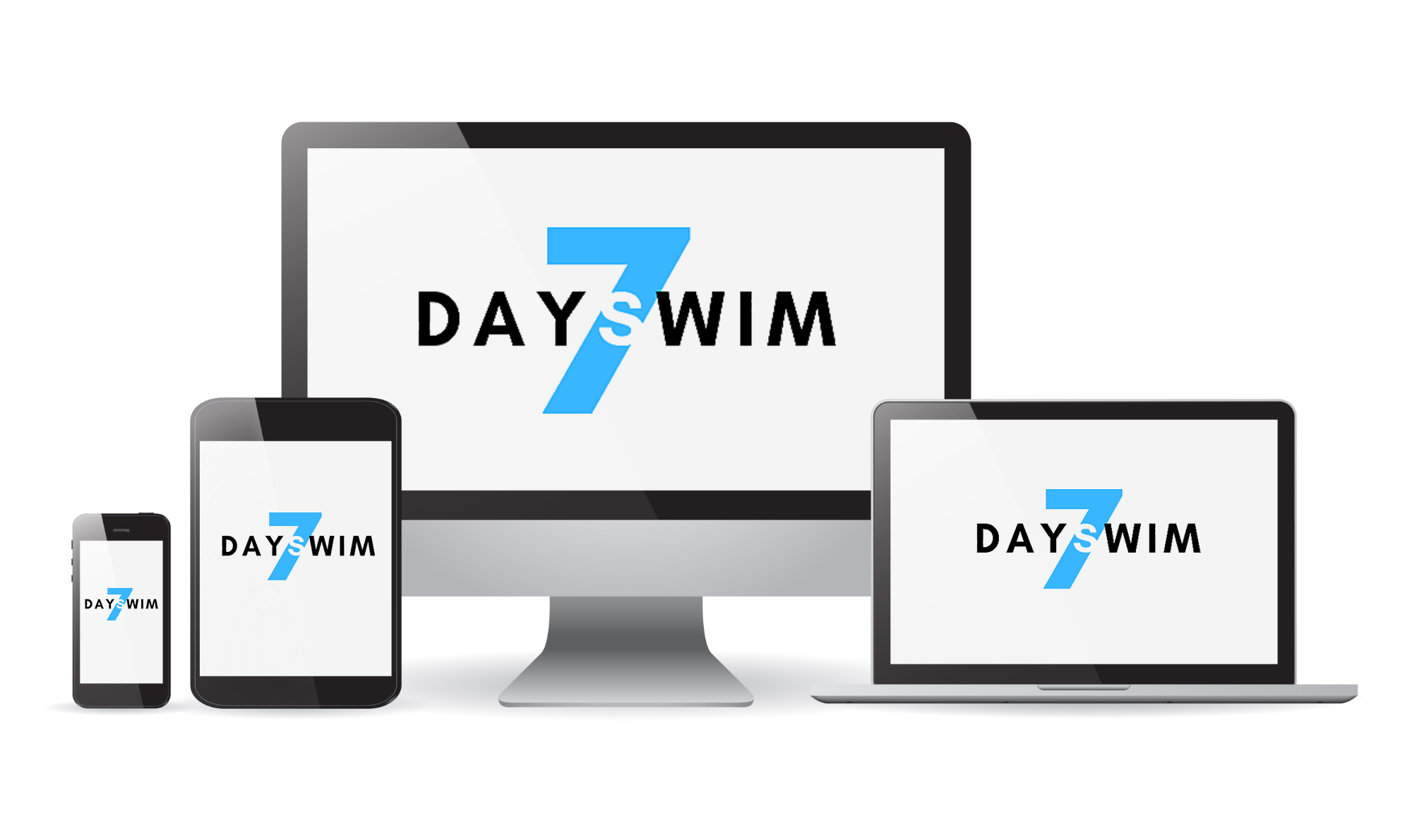 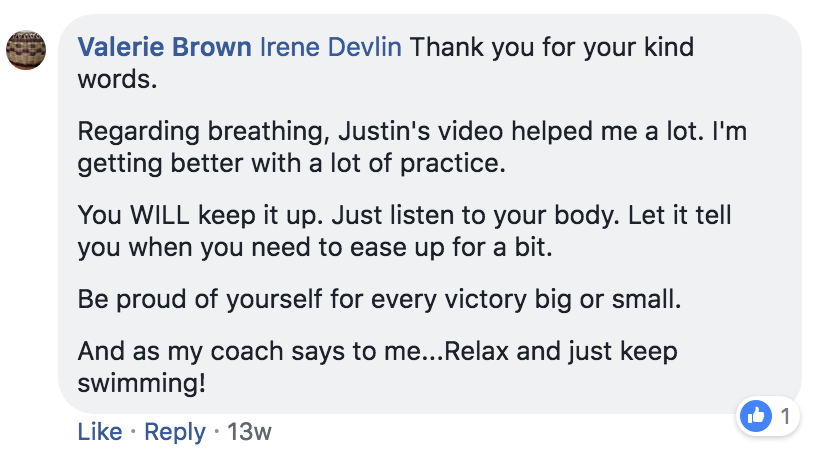 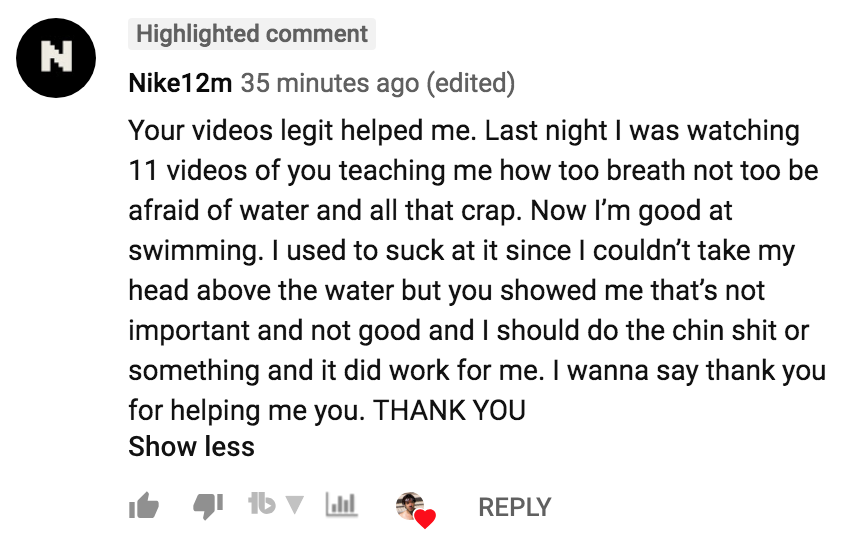 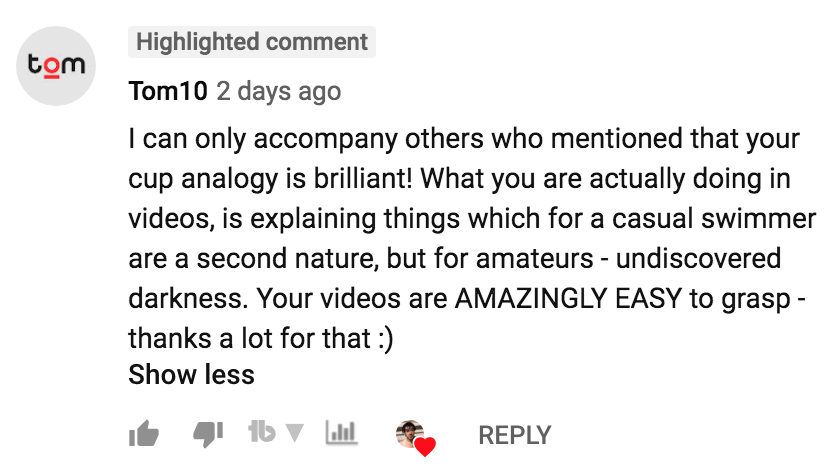 Refund policy: Refunds will be given to those who have viewed less than 50% of the course and have purchased the program in the last 30 days. Dislcaimer: You may not sell, giveaway, allow the use of, trade or transfer your membership in this, or any of my courses/groups, to another person. You recognize and agree that I have made no implications, warranties, promises, suggestions, projections, representations or guarantees whatsoever to you about future results, and that I have not authorized any such projection, promise, or representation by others. There is no assurance that any prior successes or past results will apply, nor can any prior successes be used, as an indication of your future success or results from any of the information, content, or strategies. Individual results will always vary and yours will depend entirely on your individual capacity, work ethic, physical skills and experience, level of motivation, diligence in applying this information, and other factors. Only the individual whose name is listed on the course, has the right to view the course videos, resources, Facebook group/s, and any and all material that is part of this course program. Anyone who shares, gives away or uses this information, to a person or site outside of the course, will be immediately removed from the course, and all of it’s related groups, without a refund. I reserve the right to remove anyone from this course, and all of it’s related groups, without a refund, for any behaviour that I deem to be inappropriate, harmful or detrimental, to myself or any student in this course, without a warning.